If there is any baked goodie that is easier to make than a fruit cobbler, it is a coconut macaroon. A soft slightly chewy center, with a light crisp outside… altogether yum! 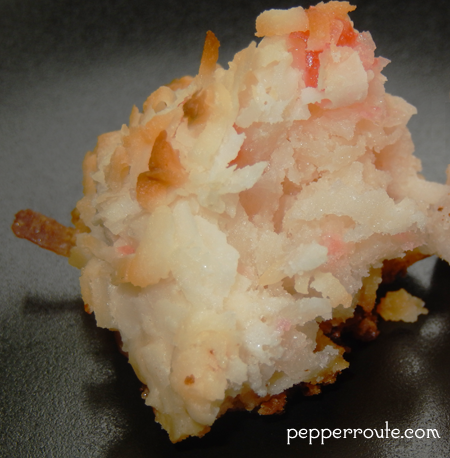 Not to be confused with ‘macaron’, the trendy sandwich cookie that has been all the rage recently… that will come later. This is about the egg white and sweetened coconut concoction that is airy and light. But not meringue light, it has some chewiness to it too. 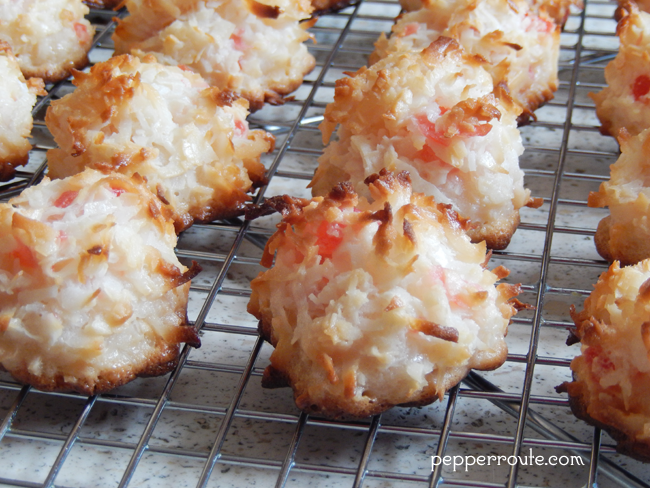 Macaroons have their origin in Italy, during the renaissance period. Initially they were made with almond paste. Later, for the sake of convenience, bakers started replacing the almond paste with either almond meal (powder) or dried sweetened coconut. 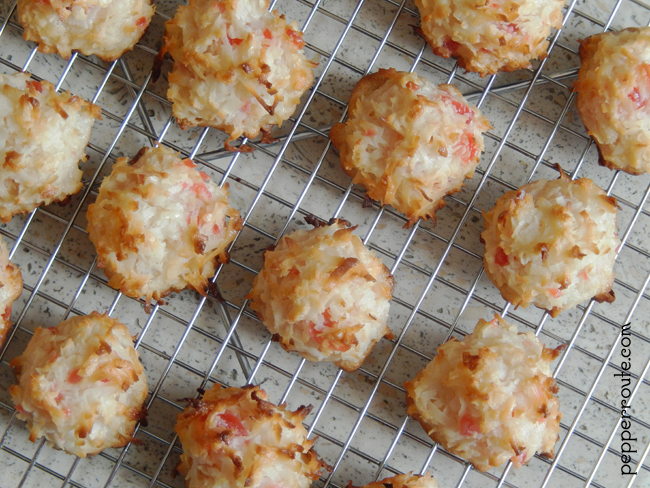 The coconut macaroons were popularised by the European Jewish communities who found it suitable for Passover as it was unleavened. 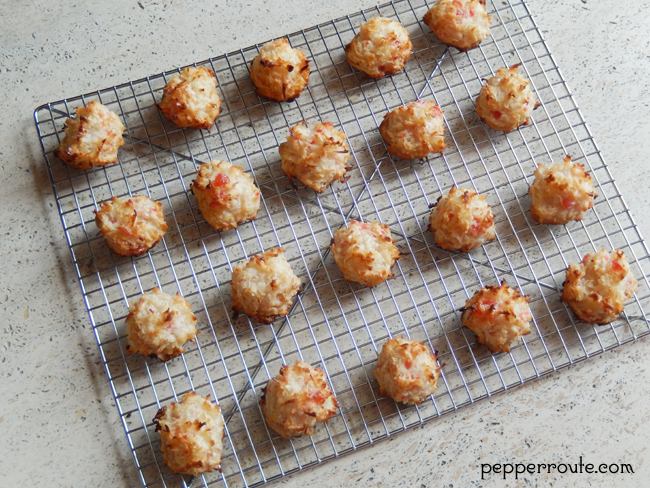 Macarons, the French version which were small round cookies without any coconut added, were developed by the chefs and bakers who accompanied the Italian noblewoman Catherine de Medici to the French court when she became the wife of King Henri 2nd. Like I mentioned earlier, more about them later. 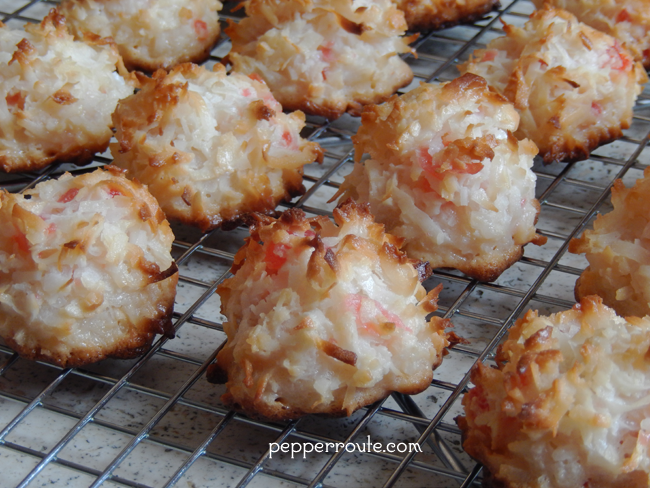 I have made the coconut macaroons with almond and cashew slivers as well, and they do taste great. 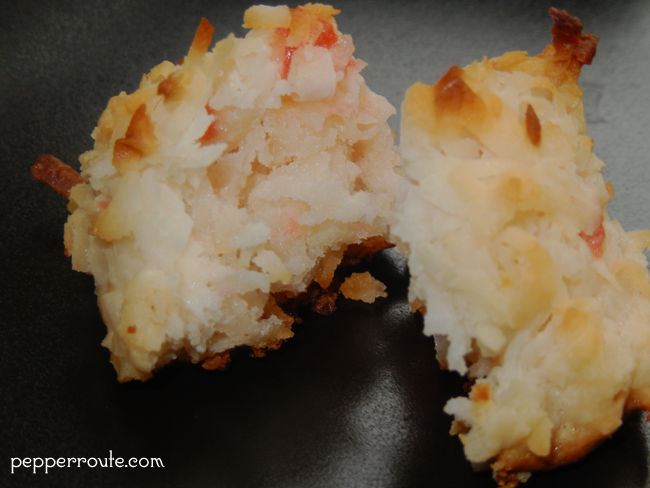 However, adding a bit of colour makes you reach straight for them! 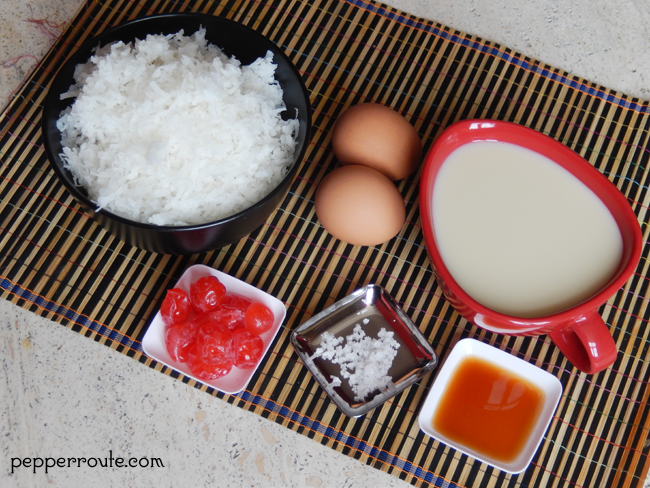 Next time, I’ll try spicing them up with some ginger, cinnamon or allspice. 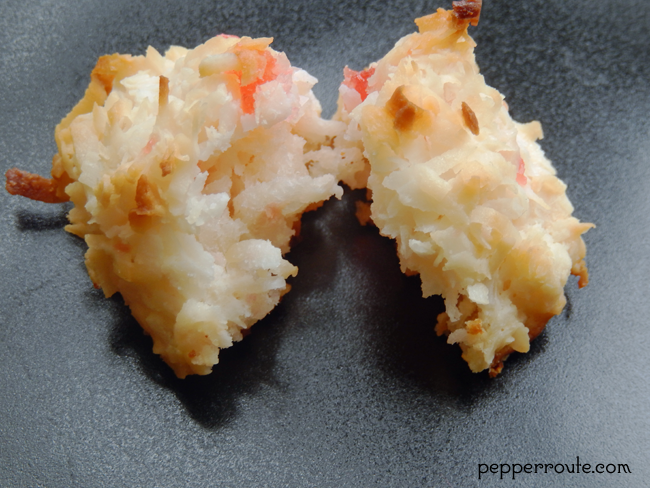 If you would like uniformly shaped macaroons, you can pipe the mix through a star nozzle onto the baking sheet. I am usually too lazy for that; I just shape them into balls by hand. 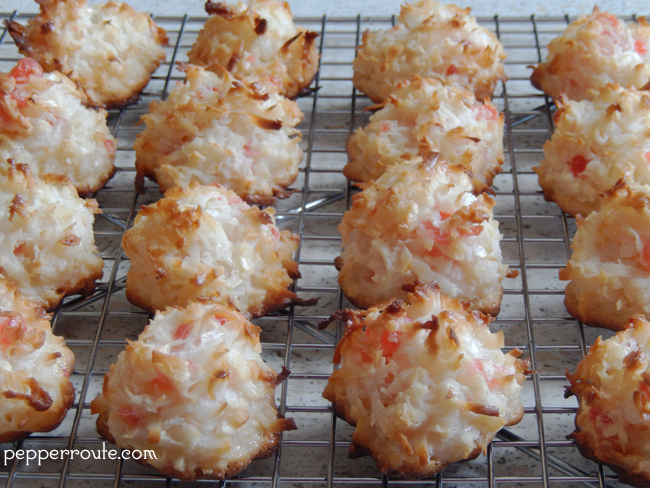 I like to imagine Nora (the chief protagonist of Henrik Ibsen’s ‘A Doll’s House) eating coconut macaroons, though Ibsen just uses the generic ‘makroner’ and not ‘kokosmakroner’ in the original Norwegian. Though coconut macaroons are a typical Christmas treat in Norway today, it is unlikely that coconuts were commonly available in the Oslo of 1879, the play’s setting. Still, I see Nora munching on coconut macaroons and they definitely had little specks of red glace cherries on them! 🙂 So here is to the Noras of the world…