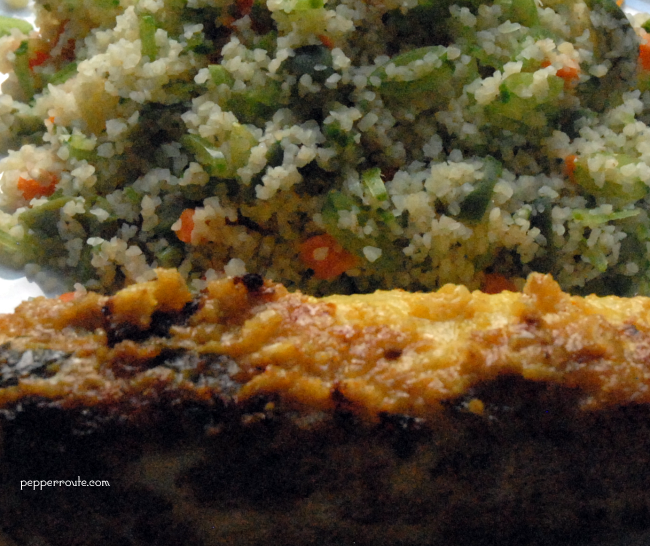 So what are the characteristics of the food style known commonly as Mediterranean cuisine? It is based on the traditional food items of the area and consists mostly of plant based ingredients like whole grains, tomatoes, olives, lemons and uses olive oil for cooking. 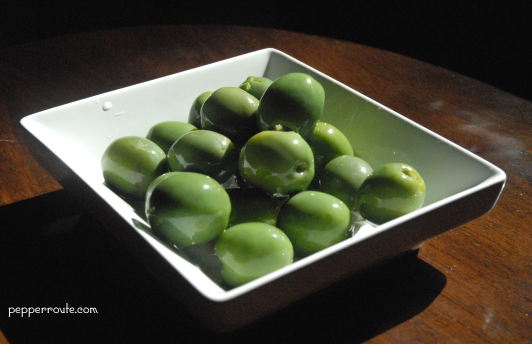 Also, most of the protein in the diet comes from lentils and fish, with meat, specially red meat, limited to small quantities. In fact, the word Mediterranean itself brings up lovely images of lemon trees and olive orchards, bright sunrises, and silvery fish swimming in blue waters. 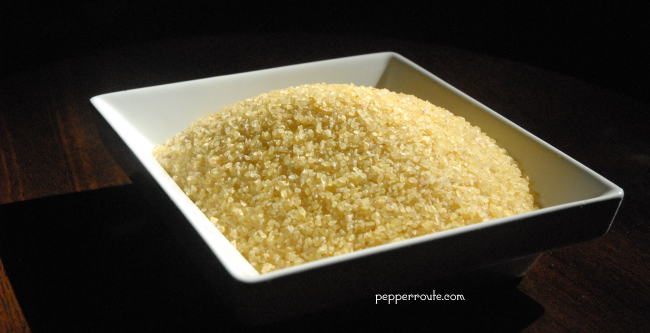 One of the cereals that feature prominently among Mediterranean food is bulgur. Made out of wheat groats (hulled kernels that include the cereal germ and bran portion which are lost during regular milling), it is high-fibre, and has a light, nutty flavour. It is different from cracked wheat, which it resembles a lot.

A bulgur with some beautiful red and green components… perfect for a summer dinner! 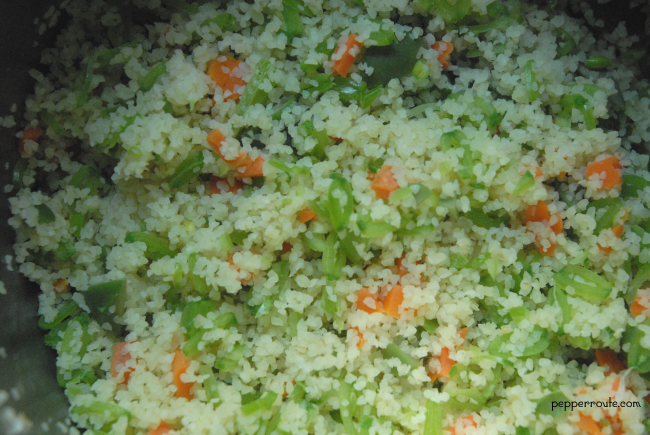 And to add some protein to the meal, a fish fry from the shores another sea, far away in the south western corner of India! 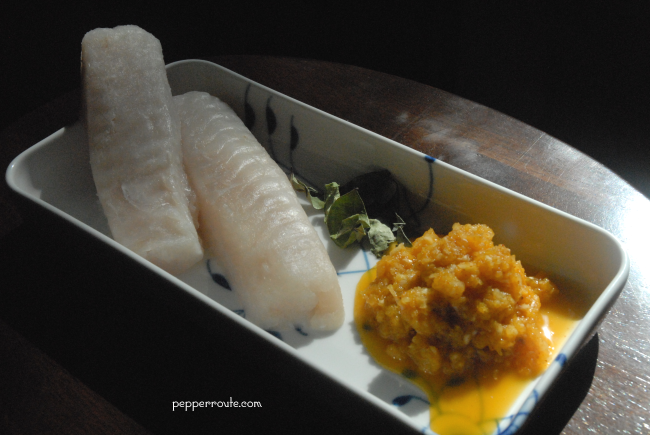 Fish is one of the mainstays of the food in Kerala, located on the southern most western shores of India. With a long shoreline, fresh fish is abundant except for the few weeks at the height of the monsoon rains. 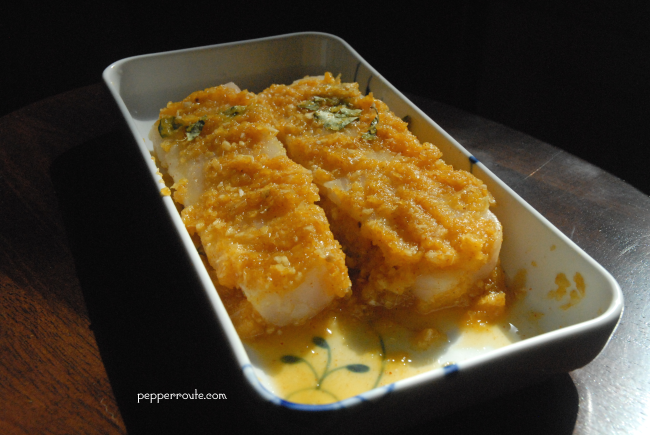 And as olive oil is typical of the Mediterranean, coconut oil is the main cooking medium in Kerala. At least, it was so till the numerous warnings about the cholesterol in coconut oil turned people towards other oils. I’m so glad to see the tide turning these days and the health benefits of coconut oil being recognised. 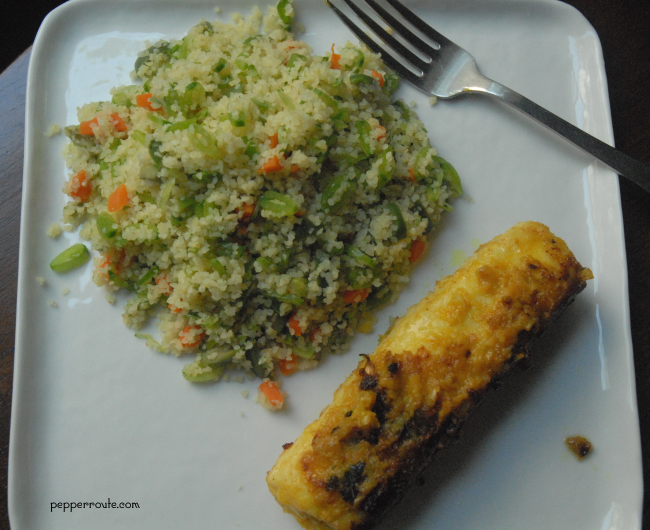 So these two items from so far away, but from similar backgrounds, work well together in this great dinner. Try it, you won’t be disappointed!

Leave a Reply to Archana @ The Perfect Zest Cancel reply